What's on your mind?

So I published some Robotech content to add to the scholarship of the Macross Saga. 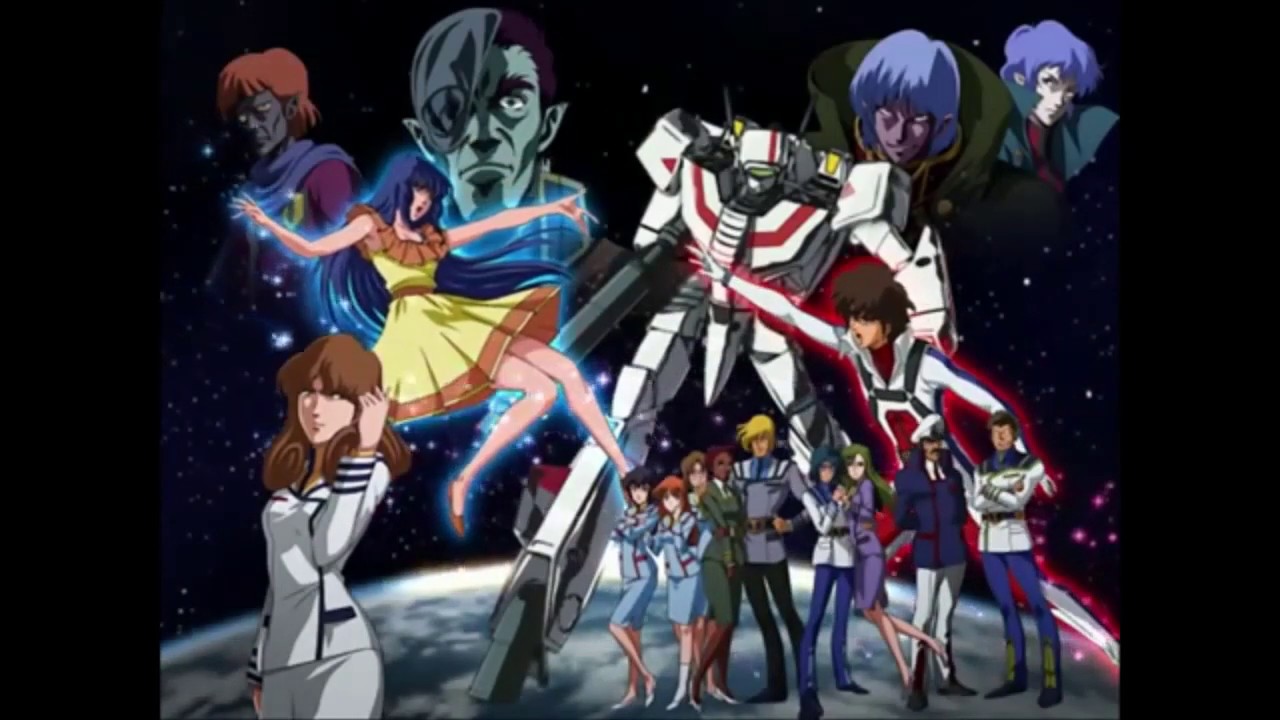 How Rick Hunter is awesomeYouTube

So I thought I'd make a post discussing how the new Robotech comic series from Titan has done an incredible job of giving us the opportunity to cover more content than we have in the past.

SPOILERS for those uninitiated, but the series introduces the idea of there being a vast array of PROTOVERSES, which the Invid and the SDF-1 can travel between in the series. One of these that is mentioned often is the world of Robotech 3000, and additional works shown seem to be inspired by the infamous Robotech: The Movie and many others.

This meshes well with our understanding of the multi-verse seen in Robotech/Voltron. But more importantly, it means that we can really start expanding how we write pages about different stories. I am essentially proposing that we throw away with all pretenses of ''canon'' or ''non-canon'' works and instead cover different collections as their own self-contained universes.

This is how we've been operating with the Titan releases, with pages like Rick Hunter featuring a nice banner at the top suggesting other similar pages, but I think we should go a step further. Next, we should begin removing all banners which read "this is secondary canon" or "this is not a canon film" to instead focus on emphasizing the existence of many Robotech universes. I think, for starters, that ''Robotech: The Movie'' should be treated as its own stand-alone world apart from the "prime" Robotech world. But I also think we should go out of our way to start making pages on all the ''weird'' things we've been avoiding. Projects like ''Robotech: Aftermath'' and ''Robotech: Variants'' have previously been shut-out from the wiki entirely for just being too off-base, and I now think that should be over-turned.

I even am going to suggest we do this same treatment for Robotech Defenders. I know, I know. Absolute anarchy. But anarchy with a purpose!

Alright; I know Invasion is Secondary Continuity-- So we don't know if it's still canon or not. But My question is; What are these creatures within the game...? In Bygone Marsh there is an REF Frigate that crushed upside down and you have to destroy a barricade of debris. Once you get in the ship's engine room you fine these little creatures sucking out it's power and you have to kill them. Later in Hive Catacombs there is a pit of discarded mecha and technology and it's infested with them and they start hurting you by draining your shield and health rather quickly. Once you escape you are in a laboratory full of old Alpha Fighters being dismantled and it's also infested with the little creatures, It all seems almost abandoned. Later in the game you play as Tasha and return to Graystone with Xed; You fall into the open hole to find it has some soldiers that made refuge from what lurked deeper-- turns out it's an abandoned Genesis Pit. Once you go further out you encounter a soldier in red armor being swarmed as he tries to make it back to the rest. The safe area explodes and he dies. You go deeper into the cave and start getting attacked out of nowhere and it's scary-- then the creature uncloaks and reveals it's true self, This burgundy/maroon like creature that's in relative size to a human. It makes disgusting noises and seems to have hair; Both the Scorpion creature and this monster have eyes almost Identical to the eyes of the Invid Mecha even though they seem biological in every aspect. The Genesis Pit always gave me nightmares and I always wondered what these creatures are as nothing seems to be explained and I don't think anyone mentioned them. It would be so greatly appreciated if someone knew or had any idea of the topic.

Hello! Does anyone remember which home video release was the first to include [[Robotech Remastered]] episodes? Was it the ADV Protoculture collection?

Should be be covering the old and new card games? Or would they just count as merchandise given that they're non-narrative?

This is the place to talk about your favorite topic, to share news, theories, ideas, and to connect with others. The content from your Forum has been converted to Discussions posts, so nothing has been lost.

To learn more about what you can do here, check out community.wikia.com/wiki/Help:Discussions

If you're an admin on this community, read more about how you can customize your Discussions and set up guidelines for contributors: community.wikia.com/wiki/Help:Admin_and_Moderator_Tools_in_Discussions

Hey guys, been done a while. I've done a lot of thinking about how Robotech is changing, how our coverage needs to change, and how we're going to be able to pull this off.

A while ago, User:Corellian Premier suggested to me that our best bet for future coverage would be to add panels to the tops of pages to indicate other versions of the characters (in the chance of a Live-action Reboot or something of the sort). I not only have come to agree with this, but I think that we need to start separating and sorting our pages more clearly.

Thus, I am going to be suggesting that we totally separate some continuities and stories to other pages. For an example of how we would do this, please see how South Park Archives covers stories. Where they have a "Trivia" tab, we'll have a tab entirely for the canon of the Novelisations.

If you need a better visual cue, check out my sandbox.

There's many positives to this. For one, it allows us to cover stories more naturally. Now, every story ever released will have a place. We don't have to nestle stories into behind the scenes sections. We wont have to disqualify stories as "valid" or decide what level of canon they are. If they don't fix with the main-space, we'll put them in their own page.

This is great for fans of, say, the comics from the 1990s. As more Main canon media comes out, most of those stories would have been eliminated. It also means that we'll get to worry less about contradicting accounts; indeed it's annoying try to pretend that The Sentinels comics and Robotech: Prelude to the Shadow Chronicles are meant to truly co-exist. And as more reboots come out, like the new Titan series or the supposed Live Action Movie, we'll already have a system in place for dealing with that "Alternate reality."

For screenshots still not in episode categories.

According to what I read at Martin, some of the RPG characters we cover come from short stories within the bindings of the rule books.

I think that while we don't cover RPG rule books and stats because they aren't strictly real narratives, that we could cover and have specific pages on any short stories, if actual mini-narratives as one would presume.

Anyone gonna check out the new Voltron reboot that just came out on Netflix? Thinking about bingeing some of the older show to get a feel for it (the crossover really made me interested in it all) before I cross over.

The comic license with DC comics had now expired and a new publisher is being looked for interested in buying the rights. According to what I understand, the main contenders have a history of printing Sony-licensed comics.

Any guesses to who these may be?

For those who don't know, DC bought (back) the rights to the Robotech title in the early 2000s as they saw potential and a live-action film was soon planned with Warner Brothers. Within a few years, however, WB had abandoned the project, and DC apparently decided not to renew the contract. Because of this, the right are now moving elsewhere. This could mean more Robotech comics, as other companies might be more willing to produce risky comics from fan favorites.

Comic-Con International 2016 will be held July 20-24 (with Preview Night on July 20) at the San Diego Convention Center.

Thanks to this video announcement featuring Kevin McKeever, there are tentative plans by the producers to have some material from the Live Action Movie to show off: youtube.com/watch?v=xjkSAkt4bxA

As with other conventions in the area, RobotechX folks are planning to be in attendance and will post any Robotec-specific booths and panels in their forums:

Some folks from RobotechX will probably be gathering there: robotechx.com/forum/23-robotech-events-calendar/21137-anime-expo-2016-los-angeles-ca.html

Forum: Can we use the News and Announcements section of the forum to provide general Robotech news, or should it be Wiki-specific?

i.e. Robotech's Facebook page just posted the following video with some (not really new, but vaguely/kinda) info about the LAM: youtube.com/watch?v=xjkSAkt4bxA

Wiki: While the Robotech RPG and Robotech RPG Tactics material is generally regarded as pretty low on the canon totem-pole, the weapon and equipment loadouts and plenty of measurement-related statistics on the vehicles (height, length, crew size, etc.) are generally pulled from the (at the time) most up-to-date resources. How specific do we want to be in the various mecha/vessel entries with regard to this information?

i.e. The Female Power Armor entry on the wiki lists the weapon loadout like this:

Do we want to get that specific with things like "64mm" and "triple-barreled"? I'm sure we can get even more crazy with those "tech files" pages featured in some of the comics that have pretty specific equipment/weapon names. Just curious before I add any of this stuff.

For those of you who are new to the editing sphere of the wiki, every few weeks/months we have a board meeting to discuss certain elements of the wikia which need improving or changing. If you have anything that you dislike about our policies or you would like clarified, bring it up here.

I am strongly considering removing the Secondary Canon tags from the Robotech: Invasion, Robotech: Battlecry, and Robotech/Voltron pages. The main reason for this is, despite the fact that the writers have made it clear that these are not things which they consider to be as important as the comics or TV series, our definition of secondary canon is something which has yet to be removed from the canon of Robotech, but isn't qualified by the writers as primary. Battlecry has in fact been referenced many times by the comics in recent years, and will certainly never be removed from the Robotech canon. I would say that it would be better to subjugate only stories before From the Stars with this tag.

If you are absolutely filthy rich and looking to get every darn Robotech comic out there, you got 12 days:

As many of you may know, the trailer for Macross Tria- DELTA, Macross Delta had just been been released. Showing epic fighter battles, new characters, and a promise for some kind of adventure, it has caused quite a stir among fans of anime.

What are your all thoughts? Personally it just doesn't seem to be to my tastes -- I dislike how unoriginal it seems in my head, seeming like literally every anime from the past five years before seeming like Macross. But my cynical thoughts aside, what are all of your thoughts? 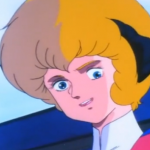 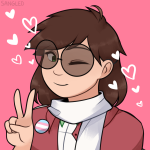 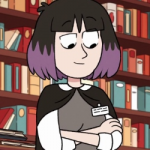