For the musical theme see The Hive

A Hive were structures utilized by the Invid that served as outposts, laboratories and bases of operations. They had a variety of forms ranging from spheres to domes that were protected by an array of mecha along with energy shields.

The first known building of this type was the Home Hive on Optera that was created after the Regess's encounter with Zor. This mound served as the home of the Invid leaders as they emulated Tirolian society until the defoliation of Optera at the hands of the Zentraedi. These structures were noted as being similar in operation to organic structures with their internal atmospheres being equated to lungs whilst they were commanded by Invid Brains. Afterwards, Hives served as outposts for the Invid and were placed on the conquered worlds of the Local Group. As a result, such structures were placed on worlds such as Karbarra, Garuda, Haydon IV and Spheris. Members of the Sentinels and Robotech Expeditionary Force fought numerous engagements against the Invid Hives. The Garudan Hive was in fact captured and studied by the REF forces where they learnt that it behaved much like a living being.

During the Third Robotech War, the Flower of Life bloomed on Earth and attracted the remaining Invid of the Regess who quickly dominated the planet. Numerous Hives were established around the world that served as bases of operations and outposts that coordinated Invid activity. The largest grouping of Hives became known as Reflex Point that was the home of the Regess herself. Resistance forces such as those like Scott Bernard were responsible for the destruction of numerous Hives around the Earth until the end of the War when the Invid departed the planet.

The Regent's Hive on Optera. 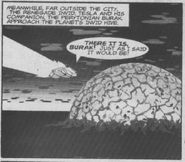 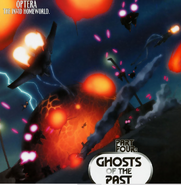 Retrieved from "https://robotech.fandom.com/wiki/Hive?oldid=53114"
Community content is available under CC-BY-SA unless otherwise noted.