Robotech: Academy (aka "Robotech III") is a planned Robotech television series, that recently attempted to fund a pilot through Kickstarter from 4 July to 2 August 2014. The Kickstarter failed, but further ways to fund the series have since been explored, and a "plan B" has been announced. Multiple Media networks having shown an interest in producing the show and Harmony Gold is currently in talks with a few of them on the prospect.

The show is set to start on Phobos, an orbiting moon of the planet Mars, where an Academy for the greatest youth of Robotechnology are attending. It has been said to be set near the end of the Second Robotech War, before the complete fall of the Masters and during the Pioneer Expedition. Despite being far from both conflicts, its host of promising Cadets make it a target for enemies of the Earth, most notably a group of renegade and cultic Robotech Masters, known as the Children of Zor, who lead closer to the pathway of the Zentraedi.

Near the start of the story, an experimental Space Fold is attempted, which accidentally leaves them stranded near Tirol, the homeworld of the Masters. With Protoculture levels dangerously low, the students on the planet must scavenge the Academy for lost Mecha, and try to make it back to Earth - or it least to the rest of the Expeditionary Force.

Producer Tommy Yune hopes to connect the three sagas of ‘’Robotech’’ closer, by filling inconsistencies between the three series and completing narrative gaps left in the franchise. Mecha designs plan to mix aspects from the three shows, and characters from previous projects are expected to appear. This leaves a possibility for appearances from ’’Macross Saga’’ characters as elders, as well as ’’New Generation’’ and Shadow Chronicles characters in their youth. Concept art posted on the Kickstarter shows an unidentified, aged version of Zor, Rolf Emerson in an updated costume mixing the uniform of the Southern Cross with that of the Shadow Chronicles and Macross Saga, mecha designs, layouts of the Academy on Phobos, and the planets Tirol and Fantoma. A video posted by Good Nerd Bad Nerd revealed the return of Tony Oliver as Rick Hunter. Later details revealed original characters named Lindsay (the ace pilot of the school and long-time rival of Jack Baker) and child prodigy Wally.

Sometime in between 1988 and 1994, Eternity Comics contacted Carl Macek on the prospect of writing his own ‘’Robotech’’ comic book series. Macek began planning on a comic series, entitled The Children of Zor, that would have delved into the origin of the planets that were seen in The Sentinels. Macek claimed that he would have done the series with a "Macek style," noting that any risk or bizarre style was essentially removed from his scripts of The Sentinels when he resorted to a Star-Trek-esque layer of dialogue. The series would have told a new, original story while also filling in the gap left by The Sentinels. Due to time constraints, he was unable to do the project.

Following the success of Robotech: The Shadow Chronicles, multiple networks became interested in making a Robotech show, if it could again be marketed to children. Wanting to do so but also wanting to keep the story and characters intact, Tommy brought series creator Carl Macek back to Harmony Gold and asked him to work on the project. Carl was ecstatic that he finally had a chance to make his "dream project" a reality. The project would feature a new set of characters and an expanded look at the Sentinels universe. A pilot was submitted to the company in 2008. His untimely death in 2010 left the project incomplete; but notes, outlines, and scripts were left by him and were passed on to his successor, Tommy Yune.

Harmony Gold officially announced the new series at Anime Expo 2014, and the Kickstarter opened at 4:00 PM on 4 July, 2014. The Kickstarter campaign was chosen to remove corporate tampering in the Robotech storyline; bringing the design of Carl Macek straight to the Robotech fandom. Bringing the funding the fans also hoped to eliminate the chance of loss of funding after production began. The $500,000 would have gone towards completely designing and producing a pilot episode. These designs and character mods will be reusable from story-to-story, so the costs of producing a more in the series will be significantly lower than the costs of producing the pilot.

Despite the Kickstarter failing to produce the funds needed to begin the project, a recent appearance at the Long Beach Comic Con has revealed that multiple New Media networks have come forward, offering to produce the series. 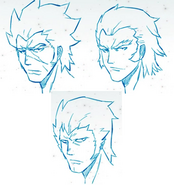 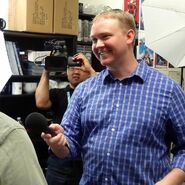 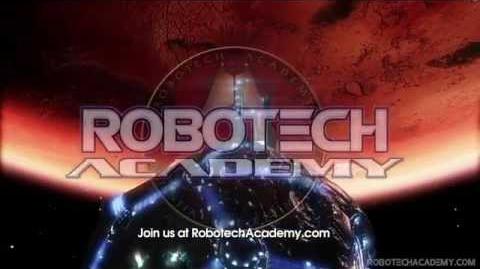 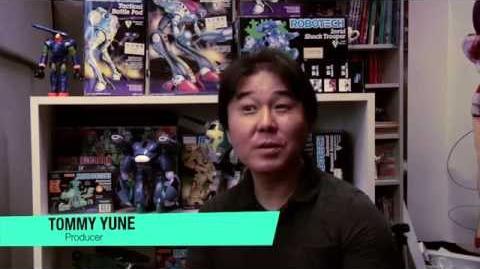 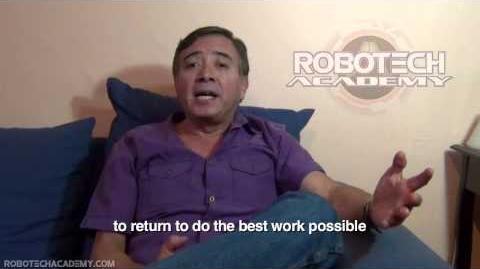